Choosing a proper AV receiver is key to building a home entertainment system that allows you to enjoy high-quality sound for movies, games, and music. My today’s review covers the best 2 zone receivers according to various criteria.

Marantz SR5015
Best dual zone receiver
Extensively tuned by Marantz sound masters at the most state of the art facilities to deliver an exquisite sonic signature. Envelop yourself with the most musical sound, from any source.
Read the full review.

Multiroom is no longer part of the elite audio system of expensive apartments or houses. Today, it has become a popular way to reach hi-end sound quality at home. With the help of the receiver, you can use the speakers in multiple rooms and play different content in each zone.

So, I am going to share my experience of using 4 different AV Receivers and evaluate their ability to manage multi-zone setups.

What is a multi-zone feature?

Multi-zone audio distribution allows home AV receivers to send signals to speakers or individual audio systems in different rooms. These zones can run separate multimedia simultaneously with various sets of channels. Depending on the type and model of a receiver, a multi-zone function can be implemented differently.

The simplest multi-room system may consist of a standard set of devices. The list includes an AV receiver and wireless speakers. Such a setup allows you to play music in multiple rooms, using a single sound source, such as a smartphone or tablet, and synchronizing the sound with special software.

There can be signal sources, including cable TV, a Blu-Ray player, or a home PC. The user can freely switch between different sound sources, and the audio can be simultaneously transmitted to several devices. For added convenience, individual devices can be combined into zones. Each of them gets its own set of sound settings and a single sound source. On the market, you will often find 2-zone receivers transmitting specific signals from different source devices to two separate rooms. For example, you can connect the Blu-ray player and TV to the same AV receiver. Therefore, with a dual zone receiver, you can watch a music concert on TV while your kids watch a Blu-ray cartoon in another room.

How does multi-zone work?

There are 3 main ways of implementing the multi-zone sound distribution feature. The most straightforward approach requires running a 7.1 channel receiver in the 5.1 channel mode for the main room. Thus, leaving additional two channels for speakers located in the second one. Some receivers have full 7.1 mode capability in the main room when the second one is not in use.

The second approach is when a receiver has a built-in preamplified line or lines. In this case, you need to connect it to another receiver in the second room to amplify the sound system. The control over the setup is achieved through the primary device.

The most expensive approach allows having several preamplified lines. They require another receiver and separate sets of speakers in each zone. However, in the case of 9+ channel models, one may use 5.1 mode in their main room and split the remaining 4 changes for two other rooms (2 channels in each room). Thus, they won’t need additional receivers to run a multi-room setup.

Marantz SR5015 is an interesting product in the company’s most famous classic SR&NR AV receiver series. The device arguably is the optimal solution for home theaters in the product line. With an ergonomic design and minimalistic front panel, the receiver supports the majority of modern standards and features.

The Marantz SR5015 supports a Zone 2 feature and HEOS, which allowed me to create a fully independent sound system in another room, but only with two speakers. A single multi-room output is located on the back. In my case, I connected it with my HEOS speakers. The amplifier switched to a 5.1 channel mode in the main theater room, and I had 2 speakers in another room, creating a separate zone. The receiver also supports Airplay 2 capable speakers, offering pretty flexible options for setting multi-room zones.

This model continues the company’s trend and has capable streaming capabilities by supporting all the most popular service providers, such as Tidal, Deezer, Amazon prime music, TuneIn, and others. The SR5015 can be controlled using the remote control & supports voice control from Siri, Alexa, Google Assistant, and the Audyssey MultEQ Editor App for audio adjustment.

Overall, the SR5015 is a great option that offers everything one needs to make a home multi-zone setup. During my test, it handled all the tasks with dignity, offering a quality sound and decent control over it.

AVR-X1700H is one of the most affordable models from the X line of Denon receivers that I found in my search for the best 2 zone receiver. It came after the more advanced X2700H and had pretty good features but offered fewer functions than more expensive models.

This AV receiver comes with HEOS Multiroom. But I connected it using the built-in Zone 2 function. So, in my setup, the receiver worked in a 5.1-channel mode in the main zone with my Blu-ray player and got 2 channels (surround back L+R) for my second room, where I played games on Xbox. So, considering its price, I got a workable and sustainable multi-room setup for different purposes at a fair price.

3 HDMI inputs support 8K video at 60Hz, and 3 other 4K support up to 120Hz. As a gamer, I was happy to see VRR, QFT, and ALLM in this budget. I wasn’t disappointed with my gaming experience and definitely can recommend this receiver for it. The AVR-X1700H is pretty simple to use as it has easy-to-understand instructions. When I connected the receiver to my TV, it showed me the Denon Setup Assistant, which helped to set up a multi-zone environment quickly and correctly.

Looking back at inexpensive receivers, the AVR-X1700H offers significant progress over the others in its product range in terms of technology and sound capabilities. With this model, Denon made a qualitative leap above analogs, offering a worthy set of features at a modest budget.

The Yamaha RX-A2A AV receiver is the entry-level model of Yamaha’s Aventage product line. At first glance, the device combines a reasonable price and an optimal set of functionality. So, surely I couldn’t skip this model while searching for receivers with Zone 2 feature.

Yamaha RX-A2A is a 7.1 AV receiver. Each channel provides up to 100 watts (6 ohms, THD: 0.09%, per channel, IEC). This model uses discrete amplifiers with a high output current and wide dynamic range, as well as high-end 384kHz / 32-bit DAC BB PCM5102A. The chassis is pretty standard but has additional anti-vibration support. The device supports Bi-amping. Also, the left and right front speakers are powered by independent amplifiers.

Just like other models from this review, the receiver also supports Zone 2 feature and allows for creating a classic 5.1+2 channel multi-room setup. I connected it to the TV in the main room and the radio in the second one working simultaneously. The RX-A2A can power all 7.1 channels in the main room even when the second zone is not in use. I truly enjoyed using 7.1 channel mode in the main room without any additional adjustments. I’m noting that this aspect is very important for multi zone home theater receivers.

The RX-A2A has 7 HDMI inputs that support the 2.1 standards Airplay2, Music cast, and Bluetooth. Yamaha’s MusicCast app allows streaming of high resolution and lossless music formats, including proprietary ones, and supports Deezer, Tidal, Spotify, and Qobuz.

Despite the RX-A2A having HDMI with lower bandwidth compared to models in the Aventage product line, it showed itself pretty well. The device was easy to install and calibrate the sound. Compared to other models in this review, the receiver stands well for its price, having a comprehensive set of features onboard, offering quite a good sound and extensive streaming capabilities.

Pioneer is a well-known company that has operated for decades in the AV receiver industry. The VSX-LX 305 9.2 channel AVR is their top-of-the-range model offering quality sound and video features for home entertainment systems.

The receiver offers 100 Watts (8 ohms, 20Hz-20kHz, THD: 0.08%, 2-channel driven) and 225 W per channel (6 ohms, 1kHz, THD: 10%, a single channel driven). Powerful TI PCM1690IDCARQ1 has been used for DAC and supports 8-channel, 192kHz, and 24-bit. VSX-LX305 supports the bi-amping of front channels. However, this feature significantly decreases the surrounding configurations due to the lack of pre-amplified outs.

I integrated the receiver with my Apple Airplay ecosystem without any problems. With 9 channels onboard, the amplifier supports up to 3 separate zones, with 5.1 in the main room and 2 channels in the two additional ones. Therefore, it is more capable than only two-zone receivers mentioned in this review. Only Zone 1 supports 8K/60. The other two can work with 4K/120 fps with two active HDMI.

The rear panel includes 6 HDMI (only ports numbered from 1 to 4 are assignable) and 2 HDMI outputs that can be set as ZONE 2 video out. The front panel offers a single HDMI (not assignable, 4k max resolution) and USB ports. VSX-LX305 also supports Wi-Fi and Bluetooth connections. In addition, the device works with Alexa, Google, and Apple AirPlay.

With my setup, Pioneer Elite VSX-LX305 provided rich and natural colors. It supports various video quality enhancement technologies. I watched several movies, and the receiver created a magnificent atmosphere. It upscaled the movie from 1080p to 4k without me noticing any quality, contrast, or color saturation loss.

The Pioneer VSX-LX305 is a modern solution that supports up-to-date technologies and codecs. As a result, this model can seriously enhance your multimedia system.

How many zones can a receiver handle?

Some modern receiver models can handle up to four zones.

How do you hook up a multi-zone receiver?

Can the receiver be controlled from Zone 2? 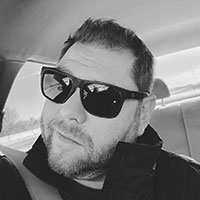 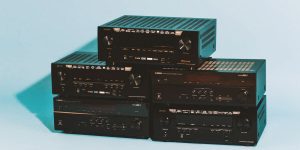 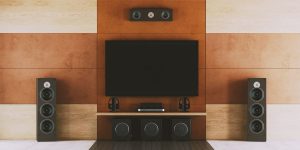 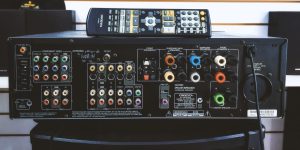 What Is the Difference Between Line Out and Pre-Out?
15 Sep 2022 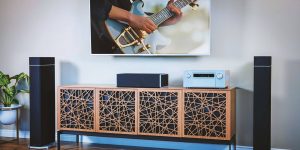 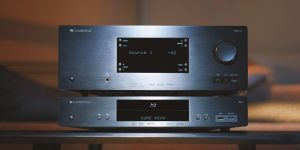 What Is the Difference Between Amplifier and AV Receiver?